London is situated in the South-East of England in the Thames Valley. Home to over 8 million people, the capital of the UK has been an important financial, educational and cultural center for hundreds of years.  Of the many gifts England has given to the world, none has been greater than her language and literature. And if ever there’s a city that reads like an epic saga, it’s London.

The story of London began in the Bronze Age, but it didn’t really get going until the Romans withdrew in the 5th century. Growing into one of the great medieval trading cities, she truly came of age in the 11th century, when William the Conqueror built the Tower of London, which was to become one of England’s grimmest prisons.

London is very easy to navigate around and is compact enough to explore on foot. This world city is filled with iconic symbols, and one of the most easily recognizable is Tower Bridge, an impressive reminder of London’s rapid expansion during the industrial revolution. Just upriver, at the Houses of Parliament, Big Ben’s reassuring chimes peal across the city every hour, on the hour.

Buckingham Palace, perhaps the most famous palace in the world, is the official residence of Queen Elizabeth. It’s a popular London attraction, offering tours of staterooms and gardens. Nearby, Kensington Palace is open to the public year-round. The palace and gardens will be remembered as the home of Princess Di and Prince Charles, and have recently undergone a multimillion-pound refurbishment.

Another legacy of England’s monarchy is the Royal Parks of London. They were once reserved as private hunting grounds for the royal family, but nowadays they’re open for everyone to enjoy. There are eight Royal Parks, and many of them are in central London, and close to royal palaces and other historic monuments. Green Park and St.

James’s Park is right next to Buckingham Palace, Admiralty Arch, and The Mall. Hyde Park is perhaps the most famous with its man-made lake, The Serpentine, and on the other side, Kensington Gardens is a beautiful open expanse that stretches east towards Kensington Palace. The Albert Memorial is at the southern end of Kensington Gardens, and the striking bronze statue looks towards the Royal Albert Hall just across the road.

The hall is yet another reminder of Queen Victoria’s great love for her husband, Prince Albert. Many of London’s greatest stories have begun in her houses of worship, and none is so impressive and important as Westminster Abbey. This is where kings and queens have been crowned, married and even buried.

London was rebuilt after the Great Fire in 1666, and St. Paul’s Cathedral is the most enduring monument to the city’s transformation. It’s a great testament to British strength and resilience. The West End in central London is a story in itself. Here the streets are lined with ancient buildings, but the throngs of people are out to have fun.

By day, the charming boutiques and cafés hum with shoppers, and by night the bars along Carnaby Street are packed with patrons enjoying pre-show drinks. This is one of the largest theater districts in the world. And at times it can feel like you’re on a Monopoly board, with Coventry Street, Trafalgar Square, and Piccadilly Circus all close by.

Moving away from the historic center, London’s trendy suburbs offer a different kind of story. The Portobello Road Markets in Notting Hill attract thousands of visitors, especially to the antique markets that are held on Saturdays, while the edgier Camden Town features six popular markets that are open every day of the week, and operate along her streets, the canal, and in her historic stables.

London is a city that honors not only her own story but also the story of humankind. The British Museum is one of the finest in the world, and her treasures cover thousands of years of history and number in the millions. The museum is open every day, and best of all, it’s free. From the ancient to the modern, The London Eye offers a complete change of pace and perspective.

The massive wheel is over 400 feet high and takes 30 minutes to complete one rotation. From here you can see the London of old, as well as some of the city’s newest additions, all in air-conditioned comfort. London will always be a city that looks towards the past and the future in equal measure. From ‘Rule Britannia’ to ‘Cool Britannia’, the fabric and the skyline of this city are forever turning over a new page. Which is, after all, what every great story should do. 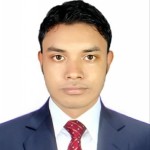