Tokyo, the capital of Japan, is situated in the Kanto Region on the main island of Honshu. Tokyo’s greater metropolitan area has a population of over 35 million,  making it one of the largest and most exciting megacities on the planet.   Rocked by earthquakes and scorched by war, this centuries-old city has refused to kneel.

Just like the sun, Tokyo has continued to rise, blending the old with the new, and the new with tomorrow.   Tokyo is a spectacular matrix of villages, towns, and cities, strung together by a subway and train system that never rests. Just like the Japanese pop culture monster Godzilla, Tokyo’s size and energy can intimidate first-time visitors.

Yet despite the neon, noise and sheer volume of people, Tokyo’s soul beats with a heart of zen. Tradition, ritual, and respect are the hallmarks of Japanese society. This is a place that cherishes its children, reveres its elderly, and treats visitors like honored guests.

Tokyo is a city of multiple personalities; whenever you pop up from the subway, it can feel as though you’ve arrived in an entirely different city. Yet Tokyo is an incredibly well-ordered society, everything has its place and purpose, and this is especially true, of its neighborhoods.   Begin your Tokyo journey gently, in the ancient temple town of Asakusa.

At the city’s oldest temple, Sensoji, pay your respects to Kannon, the Buddhist Goddess of Mercy. The temple was built to house a golden statue of the goddess, pulled from the nearby river by two fishermen in the 7th century.

Make an offering at the neighboring shrine, built to honor the brothers who found the statue, and you too might receive some heavenly good fortune. When you’re ready to brave the streets of Tokyo, head to Asakusa’s, Thunder Gate and explore Nakamise Dori, a market street where worshippers have been buying religious charms and snacks for centuries.

After the crowds, re-center yourself in Ueno park, before delving into the cultural treasures of the Tokyo National Museum. While conformity and tradition are two of the glues that bind Japanese society, Tokyo’s youth love to express themselves too.

And nowhere is this more evident than the suburb of Harajuku, renowned throughout the world as a center of youth culture and fashion.   Harajuku is also home to one of Tokyo’s largest green spaces, Yoyogi Park. On Sundays, locals gather to relax, rehearse and just hang out, making it the happiest 134 acres in Tokyo.

Just to the north of Yoyogi Park, pass beneath a towering Torii gate and into a forest of 100 000 trees, originally sent here as saplings from all over Japan. and finally, pass through the main gates to Meiji Shrine. Here, millions come each year to pay their respects to Emperor Meiji, the beloved 19th-century ruler who helped Japan throw off its feudal cloak and grow into the dynamic country it is today.

Just south of Yoyogi Park in Shibuya, home to one of the busiest pedestrian crossings in the world. Every area of Tokyo dances to its own distinctive beat,…in Shibuya the beat is shopping. In nearby Ginza, huge department stores like the historic Wako Store await.

On Saturday and Sunday afternoons, the main street is closed to traffic giving Ginza a relaxed, and slightly surreal atmosphere. Ginza has a grittier side too. Be sure to check out the tiny yakitori joints and beer halls tucked away beneath the railway arches around Yurakucho Station.

For a change of pace, explore the downtown business district of Marunouchi, whose wide tree-lined avenues and boutique stores lend Tokyo a certain, New York touch.  If you’re into anime, manga, or gaming, you’ll feel right at home in Akihabara Electric Town.

As its name suggests, this area really lights up after dark. As the sky glows in a blaze of neon, head to the restaurants and pubs in Shinjuku, one of the city’s main dining and entertainment areas. Stay up late, and let the magical lights of Tokyo’s nights, melt into your memory,…forever.  After exploring Tokyo’s neon forests, greet the new day at the Shinjuku Gyoen National Gardens.

Tokyo’s youth may take center stage at Yoyogi Park, but at these quiet gardens, it is Mother Nature’s beauty that is honored.  The Japanese have a saying, “dumplings are better than flowers”, so, no matter how much nature is revered, food comes first! Tokyo is one of the culinary capitals of the world.

The city’s restaurants have been awarded more Michelin stars than any other city, and when the food’s this good, Tokyo residents don’t mind waiting! For the freshest sushi and sashimi, head to the Tsukiji Fish Markets, then after your meal, pick up some sushi knives to take home. When it’s time to rise above Tokyo’s never-ending canyons of glass and steel, ride the elevator to the observatories of Tokyo Tower.

For even higher views, head to Roppongi Hills. From the 52nd floor of the Mori Tower, Tokyo spreads out beneath you, all the way to Mt Fuji, Tokyo Bay and beyond.   Set on the western banks of Tokyo Bay, the city of Yokohama is only a half-hour train ride from central Tokyo. This historic port became the first gateway to Japan when the country opened itself to the West in 1854.

Compared to hyperactive Tokyo, life moves a little slower here, making it the perfect place to catch your breath. Today, Narita is the gateway to Japan. When most people think of Narita, they think of its international airport. However this small city of winding streets, ancient temples and gardens is a fascinating window into old Japan.

Follow the Omotesando to the Naritasan Temple, dedicated to the Buddhist god of fire. And before you depart, be sure to leave a wish on the prayer wall. Because, whether you’re young at heart, or prefer things the old fashioned way, everything has it’s placed in Tokyo, and there’s a place here waiting, for you. 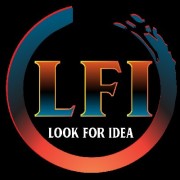